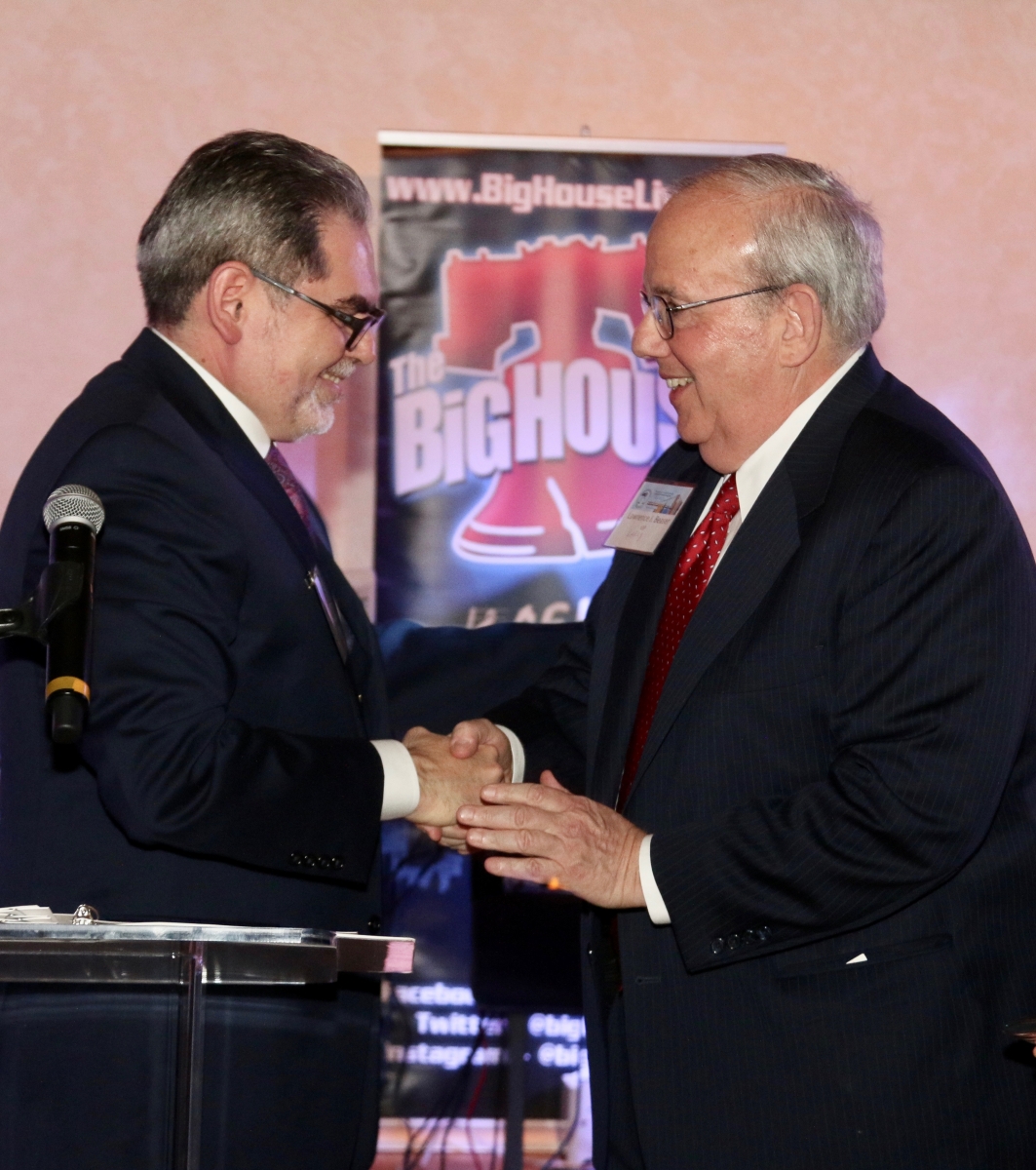 The Philadelphia Bar Foundation is thrilled to announce its decision to present Lawrence J. Beaser, Esq., Partner, Blank Rome LLP with The Honorable Louis H. Pollak Champion of the Public Interest Award. In announcing this award, Steven Bizar, Esq., Foundation President and Partner at Dechert LLP stated, “It is such a special occasion for the Bar Foundation to recognize Larry as a true champion of accomplishing access to justice for all. Larry is an extraordinary friend and supporter of the public interest community and his career-long efforts have greatly advanced the legal aid mission of the Foundation for those struggling with poverty, abuse, and discrimination.”

This important and prestigious honor was officially presented at The Access to Justice Benefit of the Bar Foundation on Saturday evening, November 5, 2016 at the Independence Seaport Museum. “We are truly honored to give this award to Larry at our annual benefit,” said Benefit Co-Chair, Deborah Gross, Esq., Bar Association Chancellor-Elect, Kaufman, Coren & Ress, P.C. “His commitment to philanthropy on behalf of legal aid and other nonprofits is a model for all attorneys,” added Tricia Horter, Esq., Citizens Bank, N.A. Larry has long served as the Philadelphia Bar Association’s board representative at The Philadelphia Foundation (TPF), counsel to the Bar Association, and a board member of numerous nonprofits.

Larry is a longstanding member of the Bar Foundation’s Hamilton Circle, signifying at least $10,000 in donations over time. He held the position of Chancellor of the Philadelphia Bar Association in 1994, and he currently serves as Counsel to the Association’s Board of Governors. Larry has been a board member for several nonprofits and, in addition to serving as Chair Emeritus and a member of TPF’s board, is currently an Advisory Board Member for Pennsylvanians for Modern Courts, a grantee of the Bar Foundation. Each year Larry provides over 130 hours of pro bono service, including pro bono representation of Bar Foundation grantees. In government service, Larry previously was chief legal counsel to Pennsylvania Gov. Milton J. Shapp and a Deputy Attorney General. As a partner of Blank Rome LLP, he counsels individuals and entities in the fields of nonprofit and for-profit business law, health and health insurance law, and government law.

Read the full press release about this announcement

Return to the Awards Page