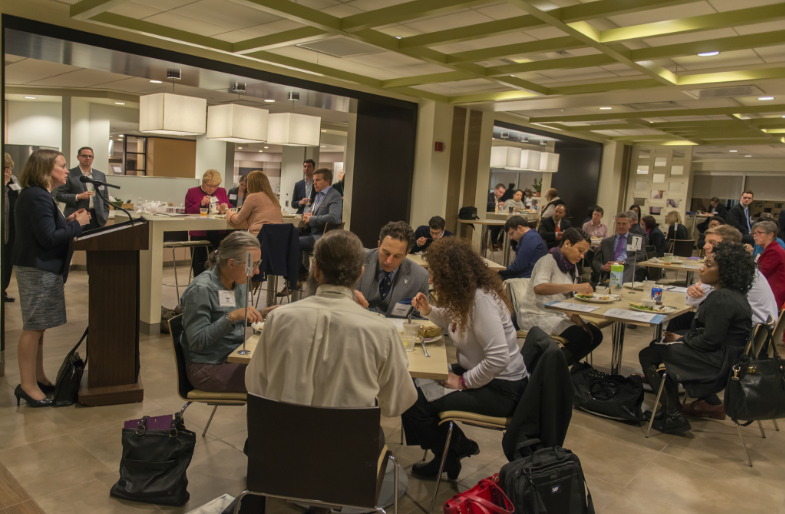 The Bar Foundation is the embodiment of the Philadelphia community’s commitment to the fundamental principle of equal access to justice for all.

We engage thousands of attorneys, law firms, corporate legal departments, vendors, and other businesses as donors and event sponsors and in multi-year giving programs.

Philadelphia is the original home of the legal aid movement

In 1939, the Philadelphia Neighborhood Law Office Plan was formed and implemented, serving the civil legal needs of people living in poverty.

The Philadelphia Bar Association eventually took over the funding and operation of the Neighborhood Law Offices.

In 1964, President Johnson and the U.S. Congress used the Philadelphia model to create the first nationwide Legal Services Program as part of the Economic Opportunity Act.

The Philadelphia Bar Foundation was founded in 1964 as a division of the Bar Association.

Since 1964, the Bar Foundation has operated as an independent, charitable 501(c)(3) organization.

Our Philanthropy for Justice

More details about our philanthropy and community engagement

Recognizing Leadership in the Field