David Keller Trevaskis, Esq. is a champion of access to justice, pro bono service, and public interest work. The first and only full time Pro Bono Coordinator for the Pennsylvania Bar Association since he was hired in 2001, Trevaskis coordinates civil legal aid services and clinics for thousands of Pennsylvanians in need each year. 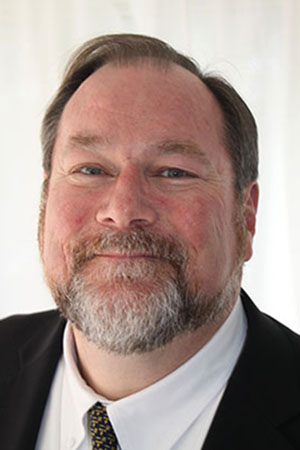 Trevaskis has worked tirelessly through his notable career to build bridges between the Philadelphia legal aid, pro bono community, and similarly focused communities across Pennsylvania. He was deeply involved in the development of web-based technologies to promote access to justice and pro bono service at www.palawhelp.org and www.paprobono.net. Trevaskis has served as a mentor to countless members of the Pennsylvania legal community and is consistently honored for his work in mediation, veteran support, anti-violence programs, anti-bullying work, youth education, and community service.

Prior to his time with the Pennsylvania Bar Association, Trevaskis worked as a law student, Staff Attorney and Executive Director at Temple University Beasley School of Law’s Law, Education and Participation Project (Temple-LEAP), using law-related education as a means of expanding access to justice. He also developed and implemented transformative youth educational programs in hundreds of Pennsylvania schools. An activist for conflict resolution through non-violence, Trevaskis designed and launched Project PEACE (Peaceful Endings through Authorities, Children and Educators), a peer mediation, anti-bullying, and youth court program.

Established in 1979 as the Louis D. Apothaker Award, this honor memorialized the legal accomplishments and community work of the late Louis D. Apothaker, a past president of the Philadelphia Bar Foundation. The award, which was renamed in 2005, continues to recognize individuals who have made a significant contribution to the pursuit of equal justice in our region. David Keller Trevaskis, Esq. is receiving the Philadelphia Bar Foundation award as a special tribute in honor of Louis Apothaker’s widow, Cathy Apothaker, who contracted COVID-19 and passed away in April 2020.

"David was my clinical teacher at Temple many years ago and is a wonderful friend and partner in service today – not to mention the utterly selfless resource he has been for students for decades.” - Arlene Rivera Finkelstein, Associate Dean and Executive Director of the Toll Public Interest Center at the University of Pennsylvania

“David was an important part of my legal education and has been a tremendous support throughout my career.” - Joanna Visser Adjoian, Co-Director of the Youth Sentencing & Reentry Project (YSRP)

"David has touched the lives of countless friends and total strangers, and the warm embrace of his engaging personality is matched only by the care that he takes to ensure that each person he meets is met with dignity and with service." - Frank Cervone, Support Center for Child Advocates